Detroit, MI – All Sports Television Network (ALL SPORTS) announces the signing of a deal with The United Battle League (UBL). Under the agreement, ALL SPORTS will premiere the league’s opening competition on American broadcast television. 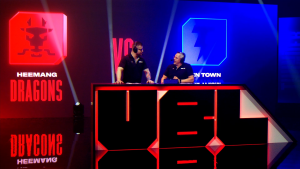 “We are thrilled about introducing the United Battle League to the American public,” stated Roger Neal Smith, President of ALL SPORTS. “Airing the content is a further commitment to our goal of introducing e-sports and e-sports related programming to a broader audience. This is just the beginning of the content that we will be introducing on broadcast television.”

“All Sports Television Network is the perfect match for our new and thrilling sports series,” stated Ali Ghafour, Founder and CEO of UBL.

of eight city-based teams with three players per team from eight countries, featuring the best martial artists on the planet. The 7-game season is a single elimination bracket system.