Detroit, MI – All Sports Television Network (ALL SPORTS) announces the signing of a deal with The Basketball League (TBL). Under the terms of the agreement, ALL SPORTS will broadcast the league’s regular season, playoff and all-star games beginning with the 2022 season. 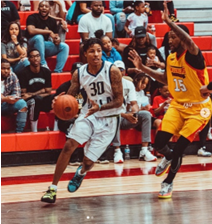 “We are excited about introducing TBL to the American public,” stated Roger Neal Smith, President of ALL SPORTS. “Not only does the league provide world class, affordable entertainment to the communities in which teams are located, the league and teams also offer support through engagement in school appearances, youth camps, clinics, and non-profit organizations. The American public needs to know about The Basketball League and the great things that they do.”

“All Sports Television Network is the perfect partner that will broadcast TBL games to an audience giving our players, coaches and their communities more opportunities to be seen on television nationally,” stated Evelyn Magley, CEO of The Basketball League.